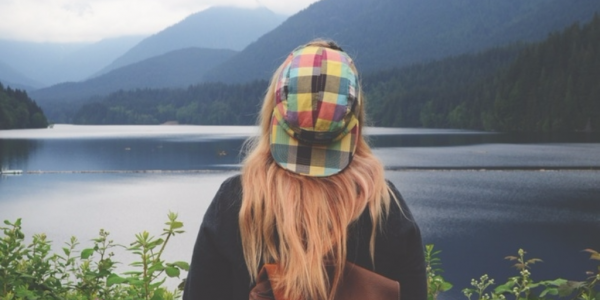 Posted at 16:01h in Business, On-Demand by cody
0 Likes
Share

Being somewhat financially “embarrassed” does not mean that you can’t have fun in Vancouver. In fact, being broke need not consign you to hiding inside that apartment that drained all of your available cash in the first place. Not having an “embarrassment of riches,” means that you have the freedom to explore some of Van’s lesser known, but equally awesome entertainment options.

Traveling with a light wallet does not mean that you can’t travel at all. In fact, it means that you can travel even farther without all the extra weight of having too much money weighing you down. So, if you have a couple of pieces of lint burning a hole in your pocket, but are still hankering for something to do this weekend, check out these cheap activities that will keep you busy and entertained in Vancouver.

Five Top Things to do in Vancouver When You’re Broke

Skulking about in parks is not the province of perverts in trench coats alone. In fact, skulking about in parks is also the preferred pastime of those of us who can’t afford a trench coat as well. Bordering right on the Vancouver downtown district, the expansive 400 hectare park is big enough to keep you and your broke ass friends entertained for the entire day. We recommend foregoing a visit to the aquarium, and its hefty $36 price tag, in favour of the more affordable bike rental. Tool along the miles of the park’s paths and be sure to check out the world-famous gardens whilst contemplating the release of your inner child in the water park.

If contemplating flowers in a bucolic setting is not your thing, then head over to English Bay at the end of Denman Street and catch an array of delights from area street performers. Sample ice cream from local shops and mix with visitors from all over the world as you engage in the broke person’s favourite pastime, people watching! Since your broke condition means that pickpockets will only be practicing their trade rather than plying it, don’t be afraid to dive into the crowd and have a great time at one of the city’s leading free attractions.

Vancouver’s original downtown corridor, the Gastown District, was home to the area’s first tavern, and the district continues as a nexus point for nightlife entertainment to this day. An eclectic mix of bars, shops, eateries, and clubs populate this section of town, so if you are looking for some great musical entertainment, follow the sounds of the party to Vancouver’s Gastown district.

One simply does not plan a cheap day in Vancouver without Granville Island featured prominently on their itinerary. Home to a huge public market, you will salivate at the selection of fresh fruits and veggies, tasty fancy cheeses, as well as artisan chocolate offerings among an array of affordable delicacies. While a water taxi will deliver you from the downtown area to this little peninsula, visiting from the landside is both easy and free of charge.

If you have nothing in your pockets to keep you weighed down, leave your pockets, and your pants, at home and head out to Vancouver’s favourite nude beach, Wreck Beach. Access to swimming in the Pacific Ocean, Wreck Beach is a favoured spot for aging hippies and ageless millennials alike. Don’t be shy. Bring your hula-hoop and party favours, and let the good times roll on Wreck Beach.

Getting to know Vancouver from the perspective of someone who is broke is a great way to learn the ins-and-outs of a city. However, if you want to earn some extra cash – and use your newfound knowledge of getting around the city efficiently – consider signing up as a ParcelPal courier to help fund next weekend’s activities.