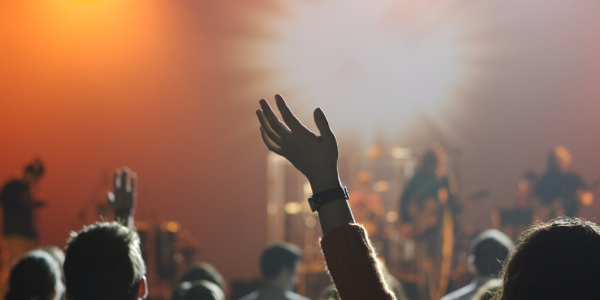 Posted at 23:29h in events, On-Demand by dylan
0 Likes
Share

If you are looking for things to do around town this summer and aren’t sure where to begin your search – don’t worry we’ve done the work for you and outlined a few events that you will not want to miss this summer.

Indeed, Vancouver is ground zero for entertainment with an array of fun events scheduled throughout the remainder of the season. As such, pull out your calendar and grab your sharpie because you won’t want to miss a minute of the fun that’s about to come crashing over Vancouver in the next few weeks.

We missed you at Khatsalano but there are a ton more events happening around Vancity.

Good times are spilling out into the street on Saturday July 9, 2016 beginning at 11 A.M. as this year’s Khatsahlano Music and Art Festival. Vancouver’s largest, all free, street fair takes over ten blocks along West 4th Street between Burrard to MacDonald Street, so finding the fun is as easy as heading out to Kitsilano. Multiple stages set the arena for an array of performances by more than 50 of Van’s top musical performers.

With outstanding music as your backdrop, take your time to explore the eclectic offerings of street performers, local artisans, and be sure to take in the 4th Street stage for cooking demonstrations and a Mixology competition that pits the skills of Vancouver’s best bartenders practicing their craft. If hippy shit is your thing, you will love the energy of this street fair that was first thrown in honor of Woodstock’s 40th anniversary.

What does Pearl Jam, Cheech and Chong, Wiz Khalifa, and Snoop Dogg have in common? These are just some of the headliners of the annual Pemberton Music Festival offering their musical and comedic styling for your enjoyment. The Pemberton Music Festival, also known as the best damn weekend in your life, is in its fourth year of operation, and this year promises to be the best yet as you camp under the stars near Mount Currie in Pemberton. With something for every musical taste, the venue’s multiple stages feature a myriad of entertainment options from heavy metal to indie music to hip hop to classic rock acts that have been bringing down the musical roof for decades. A celebration of the food and arts, the Pemberton Music Festival promises to remake the way you think about festival concerts.

Keep an eye out for the ParcelPal team and say hello if you spot us!

Get ready for the funnest parade that you are ever going to see. Last year’s festivities brought more than 650,000 revellers into the streets, and this year’s events promises to be equally well attended. As such, it’s easy to understand why Vancouver’s Gay Pride Parade is the largest gathering in all of Western Canada. Celebrate Vancouver’s diversity by joining the province’s most grandiose display of support for the city’s lesbian, gay, bisexual, and transgender community. You have heard the rumors and they are true, Vancouver’s Gay Pride events are some of the best in the nation, so be sure to show up for a great day of boisterous revelry. Incredible music, great food, exciting sights, and outrageously fun behaviour are waiting for you as the city paints the day in rainbows.

For the foodies in your group, the ever-popular Food Cart Fest, now known as YVR Food Fest, is returning to the Olympic Village with more than 80 food trucks delivering up deliciousness. Along with the new name, come new activities that include cocktail parties, long-table dinners, and culinary roundtables designed to unleash your inner Julia Child. If that sounds a bit pretentious for your taste, don’t worry because there are plenty of beer gardens, restaurants, and food trucks to choose from, so don’t be afraid to come to the event feeling peckish. In fact, participating vendors are offering an unlimited, two-hour feeding frenzy, which affords you the chance to try everything on the menu.

With all these fun summer festivals and events coming up, it is always nice to have some extra cash on hand to take advantage of those opportunities. If you have a good notion of how to get around town, you might want to consider signing up as a ParcelPal courier —think Uber for parcels—to help you meet your expenses. In fact, we will be at Pem-Fest and Khatsahlano, so come on by and let’s talk about the on demand job that is totally in demand here in Vancouver.