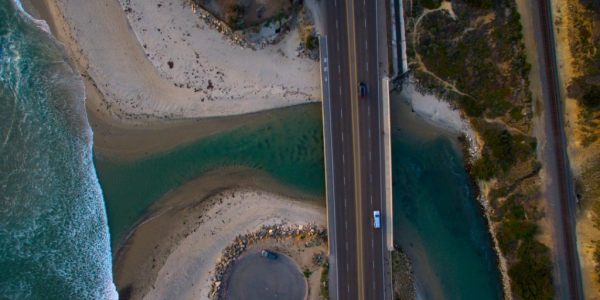 31 Aug Faster Than Amazon’s Drones: On-Demand Delivery Gets Your Products There In Under An Hour

Heard about the Amazon drones, aka ‘Prime Air‘? It’s the latest brainchild of gazillionaire Jeff Bezos, and we’re not sure if his drone-based on-demand delivery scheme is a stroke of genius, or a sign that the cheese has finally slid off the cracker down in Emerald City.

Seriously. They’ve even started field testing at a super-secret site in B.C., close to the U.S. border (which basically means they’re somewhere just east of Vancouver)

It’s simple. Here in the Great White, we’re pretty chill when it comes to aviation regulations. Canadian drone operators aren’t subject to the same stringent guidelines as their U.S. counterparts, making it easy for Amazon to test their drone delivery scheme in Canada.

In fact, a recent FAA ruling has all but grounded Amazon’s plans for their on-demand drone delivery – at least in the U.S., where drones weighing less than 55 poundsmust remain within clear, unaided view of the operator.

Which means the skies of Canada look sunny for Amazon, and anyone else, who wants to chase their on-demand drone delivery dreams.

Amazon’s push towards drone delivery has even inspired some copy-cat competitors who are anxious to jump on the (really, really hypothetical) airborne delivery bandwaggon.

Drone Delivery Canada is an incorporated start-up headquartered in T-Dot that’s trying to get a jump on their yet-to-materialise competitors in the on-demand drone delivery marketplace.

So, what could possibly go wrong with on-demand drone delivery in a place like Toronto, Montreal or Vancouver?

While delivery by drone might work for folks living on those big, sprawling lots in the British Properties, the vast majority of urbanites don’t have a front lawn that can double as a landing pad.

We’re not sure how Amazon’s drones would deal with Vancouver’s dense downtown core, let alone deliver to condo-dwellers – and we doubt they know either.

Of course, when it comes to fast, on-demand delivery, there’s already a solution in RainCity. ParcelPal offers person-to-person, on-demand deliveries in Vancouver that are guaranteed to arrive the same day, and there’s even 1 hour service within the designated core area.

The Perfect Gift for The Man in Your Life!
Best Brands to hit this Holiday Season
6 Best Stores to shop at this Christmas.